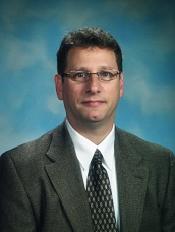 ​Prior to working in Great Neck, he taught music at PS 217 on Roosevelt Island, O'Henry School of The Arts-Intermediate School 70 and Robert F. Wagner Junior High School #167 in Manhattan. Mr. Schwartz coordinated the Manhattan Boro-wide Band program for many years directing them at Carnegie Hall and worked during summers at the French Woods Festival of the Performing Arts where he was director of jazz band, musical director of cabaret troupe, musical/artistic director of many musical productions and director of theatre in his final year. Mr. Schwartz has performed and conducted at Carnegie Hall, Avery Fischer Hall and as principal trumpet on tour in South East Asia and the Pacific with the Long Island Youth Orchestra and throughout Italy with the Rome Festival Orchestra. 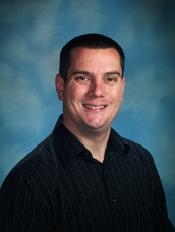 Mark Boschen has been teaching in the Great Neck School District for the past 13 years. During that time he has worked with students from 6th - 12th grade. He is currently the wind ensemble director and co-director of the marching band at William A. Shine Great Neck South High School, as well as the 6th grade band director at Great Neck South Middle School. Mr. Boschen is an active member of NYSBDA, NMEA and NYSSMA.

Mr. Boschen holds a Bachelor of Arts in Music from the State University of New York at Stony Brook, where he studied trumpet with Ronald Anderson of the New York City Ballet Orchestra, Chris Gekker of the American Brass Quintet and Susan Radcliff. He also holds a Masters Degree in Music Education from Five Towns College. Mr. Boschen currently tours the U.S. as a trumpet player in the German/American band die Schlauberger. Along with playing many large festivals around the country, this band has been asked to perform on the QVC television network and have made an appearance in an iPod television commercial. In 2011, Mr. Boschen had the privilege to guest conduct the HMEA (Hamptons Music Educators Association) festival honor band, which consisted of 6th, 7th and 8th grade students from eastern Suffolk County.

Ilana Meredith graduated from N.Y.U., Tisch School of the Arts with a B.F.A. in Drama.  (CAP21 Musical Theatre, The Classical Studio, and The Experimental Theatre Wing).  For several years after college, she performed in tours, regional theatre and summer stock companies.  Some of her favorite performances were as Sally Bowles in Cabaret at the Broward Stage Door Theatre (FL), Frenchy in Grease at The Shawnee Playhouse (PA), and Mrs. Bleakman in Phoenix Production's National Tour of Clifford The Big Red Dog - Live!.​
While acting, Ms. Meredith started to teach at various schools and arts programs.  Her most treasured pre-grad school teaching experiences were at Multi-Arts Camp in Amherst, MA and at The Institute of Creative Arts in Seoul, South Korea.   She then returned to school for her Master's Degree in Theatre Education at City College of N.Y..    Since then, she has taught Drama and directed theatre productions at P.S. 189 (Brooklyn, NY), White Plains High School (White Plains, NY), The Osborn Elementary School (Rye, NY) and Great Neck North High School (Great Neck, NY).
For the past several years, Ms. Meredith has been singing in concerts in the tri-state area, and continuing to study the performing arts by taking classes / workshops in improv (UCB), clown, bouffon, and commedia dell’arte (The Movement Studio Theatre / Funny School of Good Acting).  For the past four years, she has been enrolled in various acting classes at The Barrow Group in New York City. 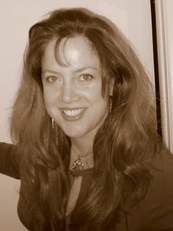 ​Janine Robinson graduated from the University of Notre Dame with degrees in piano performance and English Literature, Binghamton University with a Master of Music in piano performance with a concentration in vocal coaching from the Tri-Cities Opera, and earned a Doctor of Musical Arts in piano performance. She has performed in the NYC region as a solo recitalist, organist, chamber musician, vocal accompanist, and is a frequent pianist at the Tilles Center with the Nassau All County Chorus. She has worked with the Bronx Opera company for more than 20 years. A lifelong participant in musical theatre productions, Dr. Robinson has been the music director for Oliver, Pippin, Grease, They're Playing Our Song, Threepenny Opera, Joseph and the Amazing Technicolor Dreamcoat, South Pacific, Les Miserables, Urinetown, Rent, How to Succeed in Business Without Really Trying, and many others.  Dr. Robinson is thrilled to join the South High performing arts department with Mr. Schwartz, Ms. Meredith, Mr. Boschen and Mr. Virgilio. 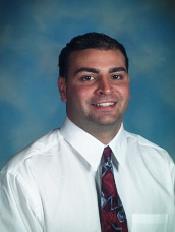